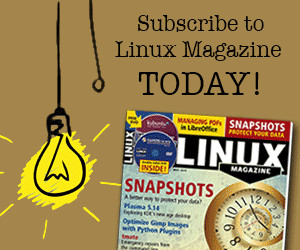 Linux is often described as having evolved from UNIX. UNIX itself was first developed in 1969 by a team of developers from Bell Labs, when they started a project to make a common software for all computers. Back in those days, computers were massive machines and each computer had separate software, which could be used only in one specific computer installation. To share this knowledge, and create a universal software, so that computers could be popularized, UNIX was developed as a simple and elegant ‘C’ language (instead of assembly language) with a recyclable Code. As the Code was recyclable, this part of the Code was called ‘Kernel’. The Kernel could be used to create Operating Systems and other functions on different systems. The fact that UNIX was Open Source, made it readily available for further development by a community of developers. But UNIX was mainly applicable to large computer installations, as this was before the age of the PC. But large organizations, like HP and IBM, which developed their own UNIX, created confusion. Even, the 1983 GNU Project of Richard Stallman, to make UNIX freely available as an Operating System, failed to take off.

Finally, in 1991, a student at the University of Helsinki, Finland, created an academic version, which later became the Linux Kernel Project. The student, Linus Torvalds, initially created it to satisfy a personal need since he could not afford to use the 386 Intel Computer, at his University. It slowly became a huge project, which changed from just being for fun, to a project supported by distinguished Computer Scientists from around the world. Jokingly naming it as ‘Freaks’, he was later persuaded to call it ‘Linux’, after his own first name. Since most of the tools from the GNU software are under GNU Copyright, in 1992 Torvalds released the Kernel under GNU General Public License. A proper introduction is thus a basic explanatory note on the evolution and use of Linux as the world’s most popular Operating System.

The Linux architecture has the following components:

Some of the other popular distributions are PCLinuxOS, Mandriva, Sabayon, Gentoo, Arch Linux, Plus Slackware, and Puppy Linux Plus DSL (Damn Small Linux).

If reading isn’t your style, this video is a nice beginners’ guide to Linux.